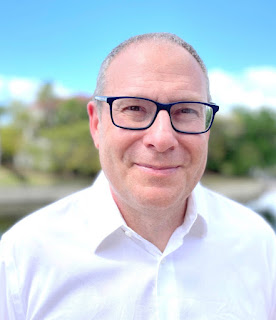 From interview with the Daily Sun:

“Bretan offers a strong financial background if elected to the board.

He had a career in the financial world, including working for J.P. Morgan for 15 years, before coming to Punta Gorda in 2008 to work with his father-in-law in the jewelry business. They buy estate jewelry, fix it up and sell it online.

Bretan said he and his family are big travelers and that is one reason for his interest in the Authority. He said he began looking at how the airport is run and thinks he can do a better job.

He is critical of Allegiant not flying to destinations that a lot of people would prefer. He says the airport is not doing a good job attracting other airlines.

“If I ran a small business like they do, I would be bankrupt,” Bretan said in a meeting with The Daily Sun editorial board.

Bretan said he is concerned that one day Allegiant could be sold and putting all the airport’s faith in one airline (although there are some flights by Sun Country into Punta Gorda) is foolish. He said he believes the airport could accommodate three times the flights per day that it now handles.”