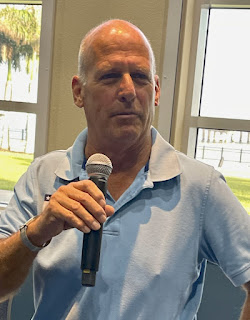 Mark "Gunny" Stevens is a conservative Republican.  The nickname "Gunny" refers to his rank in the Marine Corps as Gunnery Sergeant.  Numerous people only know him as "Gunny" and therefore has been adopted in his campaign.

As your Commissioner, he has said that he will listen to his constituents and truly be the representative they are looking for and bring their concerns as well as their ideas to his fellow commissioners lot create solutions.  He is not  a career politician, but will be an honest representative who understands the concerns of our citizens.

Having lived in the county for over two decades, his concerns about our rapid development and growth are paramount.  Having been a business owner in the county, worked in the real estate market, worked at our airport, been instrumental in the raising of grandchildren in the county, or working on charitable projects to help our veterans or senior citizens, his finger is definitely on the pulse of Charlotte County.  As your commissioner, Mark "Gunny" Stevens will provide integrity, leadership, and the representation you expect and deserve. His decisions will be based on the wishes of his constituents and not influenced by campaign contributors.

Stevens sees the key issues that will face him as a commissioner as crime and drug abuse, growth and infrastructure and responsible government spending.

Stevens retired  to Florida after 22 years of active service with the Marine Corps.  Awards received during his service included a Navy Commendation Medal for his work during Desert Storm and 2 Navy Achievement Medals