Beware of the Poisoned Apple - The Left’s Agenda 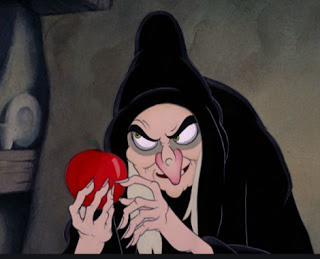 In the classic fairy tale Snow White and the Seven Dwarfs, the evil Queen arrives at Snow White’;s cottage disguised as an old peddler. Despite being warned by the seven dwarfs to not open the door for anyone or accept any gifts, Snow White answers the door. The Evil Queen lures Snow White into taking a bite from a beautiful , shiny apple, actually a poisoned apple.

The moral of the story is be wary of hidden agendas such as that behind much of the Democrat’s legislation but in particular their deceptively labeled For the People Act.  Presented as a shiny apple that will repair democracy and bring social justice, the bill is transformative alright as described and poison to our Republic.  It would essentially federalize elections and make it easier for Democrats to cheat.

Sends federal dollars to fund political campaigns. Not to build roads or bridges but to add 600 percent of federal money to every small dollar donated by Americans. So let’s say Mary from Michigan donates $200 to her preferred candidate. Well, now the U.S. Treasury has just chipped in another 1,200 bucks.

Legalizes voting for convicted felons all over the country…even if they were convicted of election fraud. Does that make sense to you? Not only is this dangerous…it’

Weakens the security of our elections and make it harder to protect against voter fraud. Here’s how: It would automatically register voters from DMV and other government databases. Voting is a right, not a mandate. In most cases, this legislation would actually prevent officials from removing ineligible voters from the rolls and would make it much more difficult to verify the accuracy of voter information. So future voters might be underage or dead or illegal immigrants, or registered two or three times….

The shiny apple with false misleading promises actually is designed to keep a Federal Government run by Democrats in power indefinitely - a dangerous, poisonous path.