Ukraine and Biden – A Story of Failure and Corruption 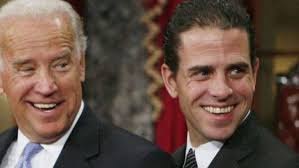 In 2014 when Russia annexed  the Crimea and went on to back Russian separatists in the Ukraine’s east, then Vice President Joseph R. Biden Jr. pressed President Barack Obama to take action, and fast, to make Moscow “pay in blood and money” for its aggression.  Fortunately President Obama , a Biden aide told the New York Times, was having none of it.

Biden continued to press  to increase lethal aid, backing a push to ship FGM-148 Javelin anti-tank missiles to Kiev.  The president flatly rejected the idea and dispatched Biden to the region as an emissary, cautioning him “about not overpromising to the Ukrainian government,” Biden wrote  in a memoir.

Biden began pressing the Ukraine’s leaders to tackle the rampant corruption that made their country a risky bet for international lenders — and pushing reform of Ukraine’s cronyism-ridden energy industry. “You have to be whiter than snow, or the whole world will abandon you,” Mr. Biden told the country’s newly elected president, Petro O. Poroshenko, during an early 2014 phone call, according to a New York Times article.

Just as these efforts were happening Biden’s son Hunter joined the board of a Ukrainian gas company that was the subject of multiple corruption investigations, a position that paid him as much as $50,000 a month which in the view of some Obama administration officials, including the ambassador to Kiev — threatened to undermine Mr. Biden’s agenda.

A look back at what the former vice president actually did in Ukraine reveals that his work in Ukraine did not accomplish much nor did it  “fundamentally change the overall institutional corruption,” said Edward C. Chow, an expert on geopolitics and energy policy at the Center for Strategic and International Studies, a nonpartisan Washington think tank. “And having his son doing what he did was a distraction that undermined his message.”

In 2015 Biden, while he was pushing for stronger anti-corruption moves in Ukraine, would not even discuss steps that could make all questions vanish: asking his son to quit the Burisma board, as editorial boards and Ukraine experts were suggesting.

And this is the guy, the one who failed miserably in the region and still has his son’s suspicious involvement there in his shadow, who we have at the helm during a crisis that could push the country into a war with Russia over the Ukraine.