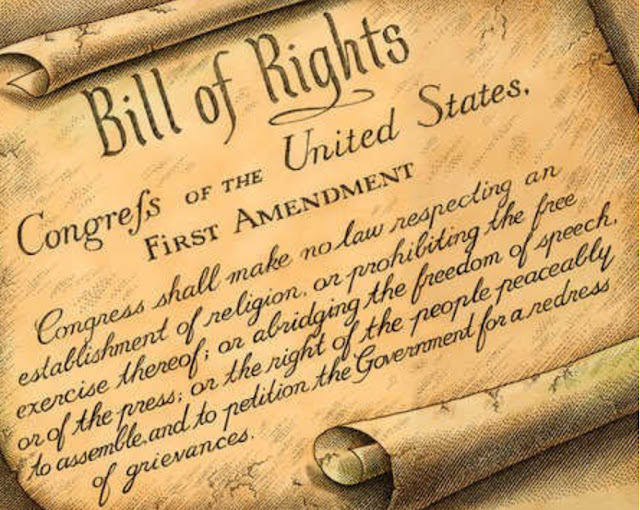 When I was Chief of Police, I inherited a situation where we had a number of watchdog people in the City, not any different from what Punta Gorda and many other communities in America experience.  I could have asked to City Council to pass ordinances to suppress these people/groups, but I knew that such legislation would have infringed upon their rights of free speech. It never crossed my mind.

While some people called them agitators, trouble makers and a nuisance, I saw them as an integral part of holding government accountable.  I spent my career protecting the rights of others, even when I and members of my command were the targets of obscene gestures and other choice words. I knew what the law was and expected everyone in the department to be trained and abide by it. It was our duty to protect free speech, whether it "pleased or pinched" us, as Justice Sutherland famously said.

Plus, taking that course of action would have violated a basic management principle of not"Managing by Exception", where managers end up implementing ill-conceived measures, often draconian in nature, to reign in undesirable behavior and language of a few (the exceptions) at the expense of infringing upon the rights of the vast majority of the people who are not the problem. But politicians often do that. The Left is notorious for doing that. They take the fast and "easy" way out by passing laws to regulate behavior and society rather than putting in the time and effort, being creative and coming up with solutions to solve problems as they arise.  It’s the classis “ideology over consequences” model of decision making.

In the end, I met with the "radicals" and "trouble makers" of our City and implemented solutions that everyone was agreeable to, and the problems stopped. I had been brought in from the outside and showed our department to "think out of the box" when problem solving - and it worked. Sure, these people used tactics and methods that I wouldn’t use, but in America, everyone has a right to dance to the beat of a different drum.  And if you don’t recognize that, you shouldn’t be an elected official or a government worker.

In Punta Gorda, they make a conscious decision to wield their power regardless of the short and long term consequences of the

unconstitutionality of their action, including potential financial consequences of litigation along with the negative publicity it will bring and the potential loss of revenue to our community.  True conservative officials do not resort to such tactics in the first place.

For example, earlier this year in Virginia Beach city officials were faced with a similar situation involving an offensive flag. Their City’s communications director, Julie Hill stated, “There is no City ordinance that regulates signage based on offensive statements or profanity. A rule like that would be illegal because the First Amendment restricts the ability of local governments to regulate speech.”

Our council did not do that, but instead managed by exception and thumbed their nose at the Supreme Court and the Bill of Rights.  They trampled on the First Amendment and settled jurisprudence of the Supreme Court. They yielded to a vocal few, resulting in what's classified as Tyranny by the Minority.  This is Un-American and We the People do not consent to be governed in this fashion.

Just like the Biden Administration has ignored the decision of the Supreme Court regarding unconstitutionality of the bureaucratic moratorium on payment of rents, ruling that only Congress can make such laws, the Punta Gorda City Council has also ignored a 50 history of Supreme Court rulings that have made ordinances that suppress the freedom of expression, including "salty" language, unconstitutional laws.  What the Biden Administration did on a Federal level, Punta Gorda did on a local level, i.e., ignore settled law. If Julie Hill, I and millions of other citizens know that salty language on signs can’t be restricted, why doesn’t Joe Biden and our five Council members know that too?  Or are they just deliberately ignoring the rule of law when it pinches.  And if they are, then THAT is what is truly obscene, and need people like Julie Hill on our City Council.