Letter to the Editor on Gun Legislation 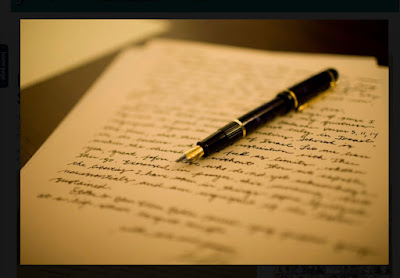 Too often we don’t hit back and support our Republican leadership when they are falsely attacked for standing up for our values. Here is a recent letter we wrote supporting Senator Rubio:

It’s tiring to hear from Democrat party members railing against Senator Rubio about the gun issue when their party leadership has done next to nothing to  decrease the violence and killings across the country.  Instead, their policies have encouraged  defunding of police and supported  rogue prosecutors who fail to prosecute crime and  push for the elimination of cash bail. This has led to  offenders— including violent  criminals —being released back to the streets where police officers are discouraged from making arrests.

This same party has supported extreme abortion policies that would  permit taking a sustainable life from  a woman’s womb, instead of advocating to help women who might make a different choice.   How is it possible to maintain a culture of nonviolence and safety when  this party continues to applaud and promote the killing of defenseless babies in the womb.  Nor has Biden’s Attorney General done a thing to address the left-wing group Jane’s Revenge and their call for “open season” against pro-life pregnancy centers, despite Senator Rubio’s repeated calls to investigate them.

No reasonable person will argue against keeping dangerous weapons from the hands of criminals and deranged individuals.  Senator Rubio has been pushing for Red-flag legislation similar to that of Florida that would do just that and has the best chance of bipartisan support.  Conversely,  the hypocritical finger-pointing of Democrats on this issue is not going to get us anywhere.  It only serves as a different type of red flag to law-abiding citizens concerned that the left is after their second amendment rights.
We encourage all Republicans to write letters to the local paper.  Don’t hand this local forum over to the Democrats no matter what you think of it.  Raise your voice.
T. Murtha
No comments:
Email ThisBlogThis!Share to TwitterShare to FacebookShare to Pinterest

Sure Joe Your Efforts Have Helped the Economy - NOT 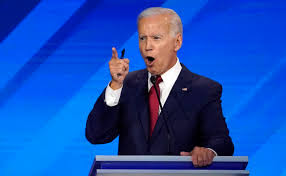 Biden taking credit for economic growth is like Lyndon Johnson claiming he helped end poverty.    In a Wall Street Journal op-ed, he recently attributed a claim of economic rebound that has been anything but robust to the reopening of an economy that was shuttered by the governing elite during Covid. Biden, of course, was not only the apostle for those closings, he chastised Republican governors like Ron DeSantis who opened their states. He also did all he could to thwart  Governor DeSantis' efforts to keep Florida economically strong.

Moreover, he falsely stated “In January 2021, when I took office, the recovery had stalled…” when in fact the economy was bouncing back strongly then.  The truth is his actions thwarted that recovery.  Instead of preparing our economy for the economic jolts that were sure to arrive after a pandemic, the new President Biden signed off on a plethora of executive orders pausing government leases on public lands, shutting down the Keystone XL pipeline, and creating more hurdles to drilling in the Gulf of Mexico. All of this with disregard for the uncertainties that would follow in  a  post-pandemic economy

As prices spiked, the Biden crew began to use rising prices as a justification for more spending. Even left-leaning  Jeff Bezos disagreed when the “administration tried hard to inject even more stimulus into an already over-heated, inflationary economy."  Of course, morning pundits like flipper "Morning Joe," and others like him are trying desperately to rescue the midterm from a disastrous spanking by the public.  The left simply doesn't get it when the average worker has to pay almost $5 a gallon to fill his tank, they don't want to hear about their progressive agendas.

Biden is a long-time political hack who only knows how to falsely take credit and blame others.  He should have never been President.